Many homeowners are on a constant lookout for investments that could improve their homes, the way they live, or even how they go about their accustomed lifestyles. Among the trending must-haves that do just that are restored antique gypsy caravans, which—according to Samantha Toscano’s report for The Huffington Post—are currently popular among wealthy homeowners and five-star hotels:

According to the Wall Street Journal, the ornate wagons have been gaining popularity in Europe where they have recently been used to “add magic [to] upscale hotels, vineyards and private estates.” Now, United States homeowners are picking up on the trend.

Originally used by traveling Romani families in the 19th century (in a similar fashion to mobile homes), the historically horse-drawn units, also known as “vardos,” were ran off the road once automobiles came along. But thanks to their unique appearance and bold colors, caravan homes are gaining favor again, reappearing as everything from guesthouses and party spaces to purely decorative outdoor features.

Granted, a restored antique version can sell for more than $100,000, while the newly constructed ones generally cost between $30,000 and $60,000, so it’s mostly affluent folk who’ve been snapping them up.

With a price tag of $100,000 for a restored antique caravan and a price range of $30,000 to $60,000 for newly constructed units, gypsy caravans as long-term investments, preferred home additions, and conversation pieces are clearly not for everyone. There are those who would rather opt for more affordable home additions or instead spend the same amount for tangible lifestyle investments that give more value than just aesthetics. 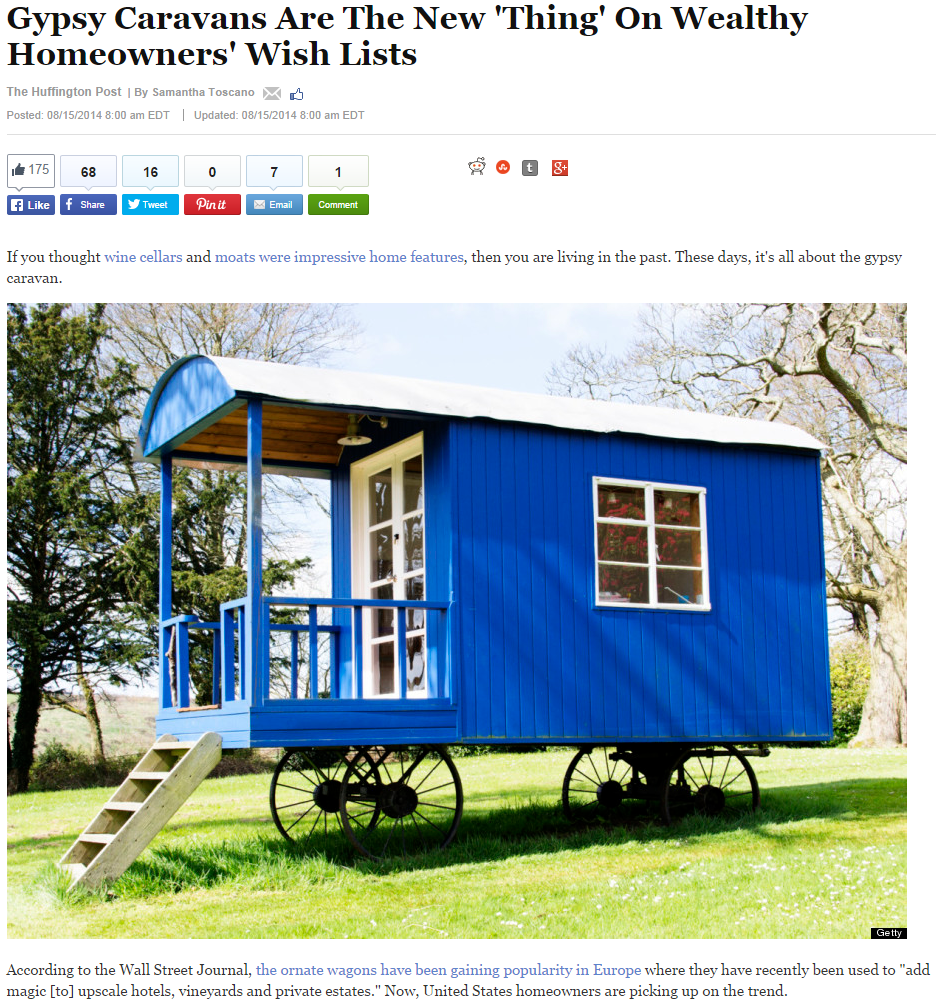 High-reliability Class A motorhomes fit the requirements of many budget- and value-conscious homeowners as these mobile units represent a cost-effective alternative to gypsy caravans. These lifestyle investments offer value that no lavish home addition can give as owners can literally save thousands of dollars when they use their RVs for vacations instead of renting hotel rooms. Moreover, people can make the most out of their time as exploring new and unfamiliar regions can easily be done on a motorhome.

Brand-new and used motorhomes for sale offered by trusted dealerships such as Johnson RV can give interested buyers a wide variety of options for useful lifestyle investments that could fit their specific needs. Motorhomes, though made for travelling, can easily fit in as many models are designed to seemingly blend with landscapes and architecture, affording owners the luxury of comfort and the convenience of mobility in one cost-efficient package.