When Route 66 opened to traffic in 1926, it did enough justice to the term “east meets west.” It was a relatively straightforward route from Los Angeles to Chicago, a journey of almost 2,400 miles. Depending on your itinerary, you can complete the journey in as early as two weeks or as late as a month.

While the so-called “Mother Road” has long been retired in favor of the Interstate system, parts of it are still attracting tourists, especially those in RVs. According to the National Historic Route 66 Federation, 85 percent of the road is still passable to cars, with most of these roads already absorbed by municipal highway networks. 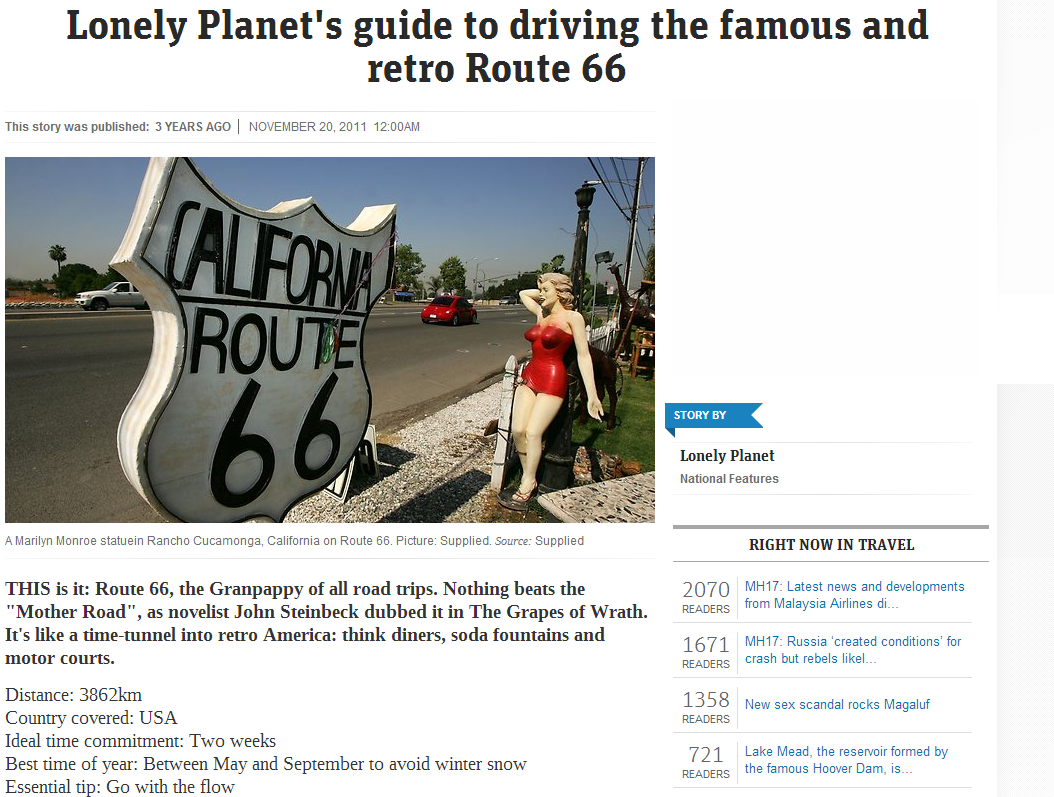 Tips for driving along Route 66 in an RV is, for the most part, the same as driving in an ordinary car. As summer is RV season, however, these tips are worth mentioning again.

Have a Full Tank

If you want to stay faithful to Old 66, you may want to sidetrack a bit to find a gas pump. There are only a handful of gas stations along the original route, and between towns and cities, there is nothing else but wide, open America. Good luck finding a working pit stop in the middle of nowhere.

This becomes even more important in traversing Old 66 via RV. The best fuel savers available can run up to 12 mpg, so be prepared to refuel more often. Diesel used RVs for sale are a good investment since diesel fuel packs more punch, giving you more miles per cycle. Don’t forget to look for propane refilling stations, as well.

While well-paved roads can be found close to cities and towns, don’t expect the entire length of the road to be smooth. For instance, the Cajon Pass in California is widely considered as part of Old 66 but is all dirt and dust. This is why it pays to check your tires, including your spare and repair equipment, before moving out.

Blowouts are very common in summer due to heat; a blowout in the wilderness is the last thing you want to happen. If you’re buying used RVs for sale from dealers like Johnson RV, check the quality of the tires. According to the Family Motor Coach Association, tires that sit around doing nothing actually age faster than those exposed to the open road.

Follow these tips and you’ll be ready to experience old America this summer.